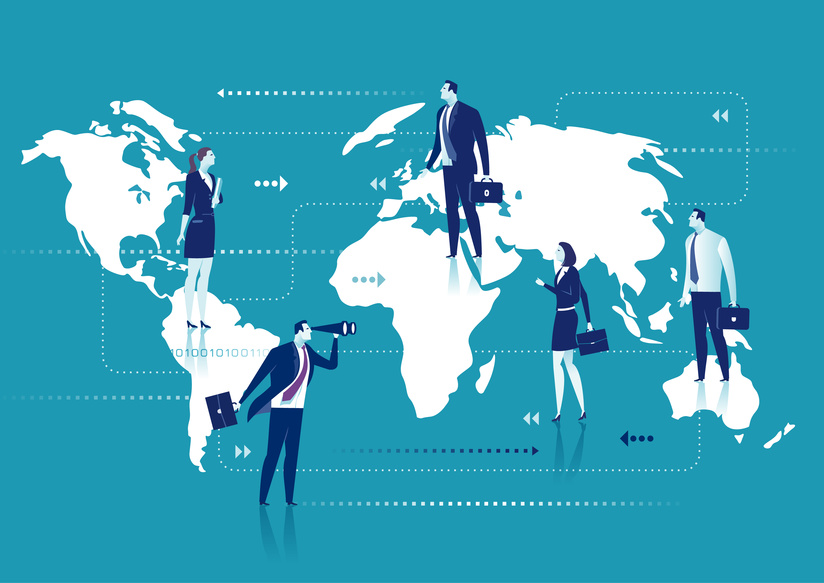 Why do virtual organizations fail?

Introduction
Last year Ahmad was given the ‘Best Team Leader’ award because his team had delivered all the milestones accurately and on time. Along with the award, he was also a given a greater responsibility of leading a bigger and more diverse team whose members were dispersed in 3 different countries. This year not only Ahmad’s name was not found, but also his team could not even meet the project milestones. Do you find yourself in a similar situation? If yes then I advise you to continue reading.

Problems in a virtual organization

1. Role & Process Ambiguity
Most employees in a virtual organization lack the clarity of either their task roles or their relational roles or even both. They do not know what tasks should done and to whom they should report to. This problem is multiplied due to the absence of face to face interactions which are vital for information sharing and trust to accomplish tasks. The following can confuse employees which leads to wastage of time, decreasing efficiency, productivity and output preventing the organization from achieving its objectives and goals as similar to what was mentioned in the introduction example.

2. Management Control
Now assuming that employees know exactly what tasks need to be accomplished, managers will still find a challenge to measure, evaluate and track the work done within different departments of a virtual organization. Managers will find It difficult to measure the performance and commitment of their employees as they work from their own place, not in the same place as their managers where they can see them every day. This might lead to missing deadlines, the necessity to rework and, thus, a loss of efficiency and profit. Not having a service level agreement (SLA) as a benchmark to track and monitor progress of tasks is another issue.

The pains of communication
Many times, employees are left on their own isolated without giving them constant updates about the progress of a project/task; or employees do not have clear and detailed responsibilities of what is required from them. In addition, they are not given a view of the bigger picture of how the work done by them is adding value to the overall project or organization. This is all caused by lack of communication in a virtual organization. In addition, other employees do the exact opposite. They spend a lot of time communicating instead of actually performing the tasks needed. Unfortunately, communication pains are observed in virtual organizations which are caused by:

Less physical interaction- Because virtual organizations rely heavily on IT; voice and video calls, emails and instant messaging are commonly used. Some people do not like using such types of communication which acts as a communication barrier.
Time zone difference- Although online meetings can be set, time zone plays a huge role as a communication barrier to match up the time of employees in different countries to attend together at a certain time.
Task ambiguity- Employees do not know exactly what’s required from them; instead they waste a lot of time in communication rather than focusing on work.

4. Complex corporate culture
A “corporate culture” is an umbrella term for the shared practices and values of a company’s employees. The corporate culture guides how the employees of the company act, feel, and think.
A great corporate culture not only attracts employees to the company, but also increases the performance and productivity of existing employees. If an employee works in a positive and supportive environment, he/she will be motivated to perform their job well and strive to reach individual objectives achieving the company’s goals.
It is difficult to setup a corporate culture in a virtual organization because employees usually come from different cultures or geographies. Having a poor corporate culture not only decreases performance but also leads to conflicts. For example, while an American would write a straightforward email describing a bad situation, a Japanese member of the team would perceive this as impolite. This would lead to conflicts, mistrust and difficulties in collaboration, which is vital for the success of any organization. This problem is also triggered by the absence of communication as mentioned before.

Virtual organizations… now and the future
All these problems can be mitigated by following a different leadership/managerial approach, training, greater role clarity and effective communication strategies. A collaboration software can also help in achieving this. Multinationals such as IBM, Microsoft, Whirlpool as well as SMEs are reaping the benefits of virtual teams for some time now. It has been a well-recognized fact that the concept of virtual organizations is not just a temporary passing tide; it will grow in the future because it is a need for survival in this era.

What is a digital workplace?